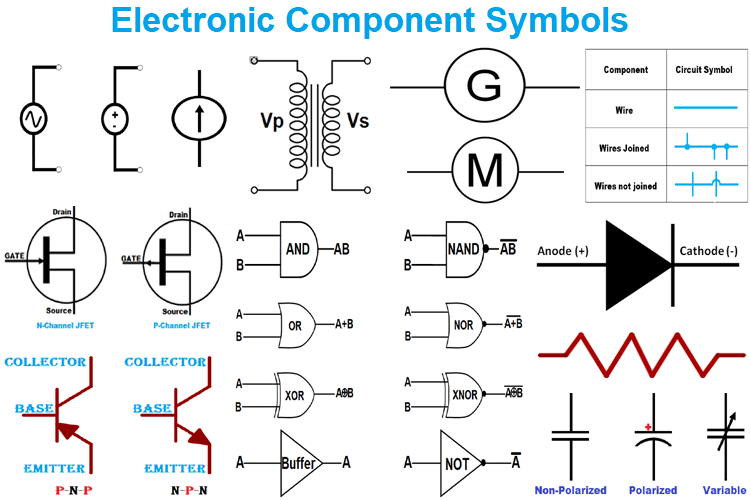 The process of designing a PCB starts from understanding the circuit schematics and proceed with converting the schematics into a PCB Layout. To understand the schematics, any designer needs to know the circuit symbols for all basic components. If you are a beginner who is just getting started, then this article will help you to understand all the basic component symbols that you will find on a circuit diagram. You can also check out the Introduction to PCB article to understand the basics of PCB Design.

In an Electronic Circuit, Wires are represented as plain straight lines. These straight lines are used to connect one component with another component in the circuit. The common type of wire symbol is shown below. 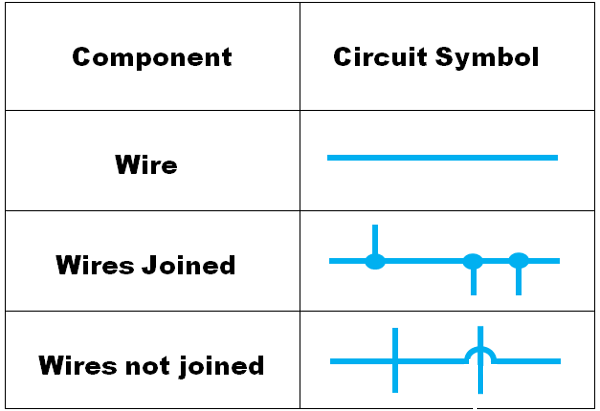 There are a variety of devices that one can use as a power source for his/her electronic device and circuit. Each power source is different from one another and they are represented by different symbols.

The Current Sources are used in the circuits that require constant current flow even when there are variations in the voltage. The Symbol of the current source is given as a circle with an arrow inside that represents the direction of the current flow. 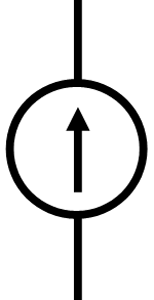 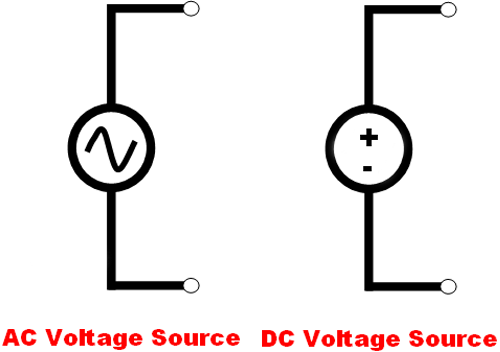 The basic electronic components include three devices, namely, Resistor, Capacitor, and Inductor. These three are the common components that are used in all the circuits, in other words, it is hard to create a circuit or build an electronic device without resistance, inductance, and capacitance.

The symbol of the variable resistor is given with an arrow mark across or above the symbol of the constant resistor. The arrow indicates the adjustable wiper that is used to control the resistance. 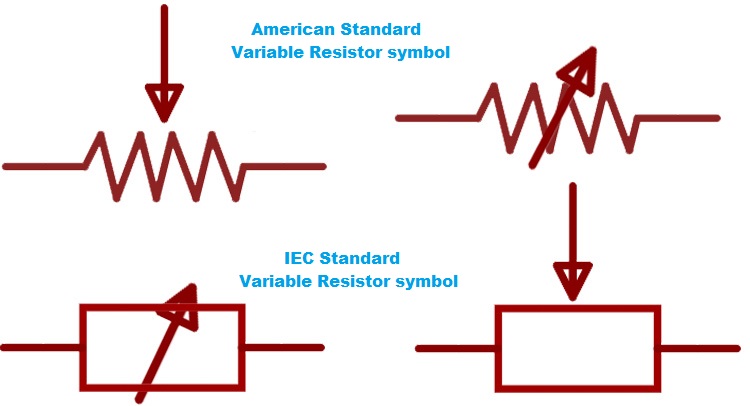 Inductors are mostly used to generate magnetic fields, in other words, an inductor stores the energy in the form of the magnetic field. The inductors are used as filters, sensors, and storage units in the electronic circuits. An inductor is simply a piece of wire wound on a straight or ring-shaped core, hence the symbol of the inductor is given as a wounded wire or as curved lines. According to the international standard, an inductor is given as a shaded rectangular box.

Symbol of Different Types of Diodes

A Diode is a semiconductor device that allows the flow of electric current in one direction (Forward Direction) and opposes it in the other direction (Reverse Direction). The symbol of the diode is given by a triangle with a short line on one of its vertex, the triangular structure will represent the direction of the current flow. The side with the base of the triangle acts as the Anode (positive terminal), whereas the side with the short line represents the cathode (negative terminal). 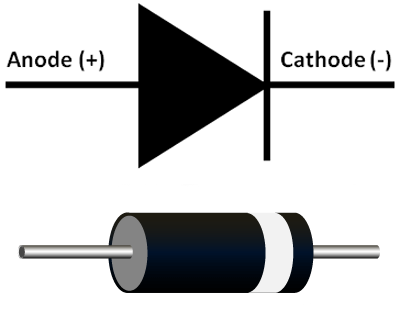 The Zener Diode is similar to a normal diode, but it has the ability to allow the current in the reverse direction when the applied voltage goes beyond the breakdown voltage. The image below shows the symbol of the Zener Diode, you might be able to notice that the straight line of the normal diode is replaced with an extended ‘Z’ in the Zener Diode.

Light Emitting Diode is one of the optoelectronic devices that can dissipate visible light when it is connected to the power source. The LEDs can emit light in different colors such as orange, yellow, blue, green, and white. The Symbol of LED is similar to that of a normal diode but it has two arrows that represent the emission of light.

Photo Diodes are the device that converts photons from the light into electrical current or voltage. The symbol of the photodiode will be similar to the LED, the only difference is that the arrows are pointed towards the Diode, which represents the light falling on the diode. 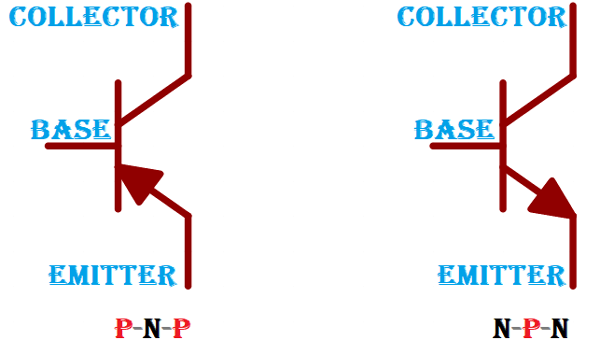 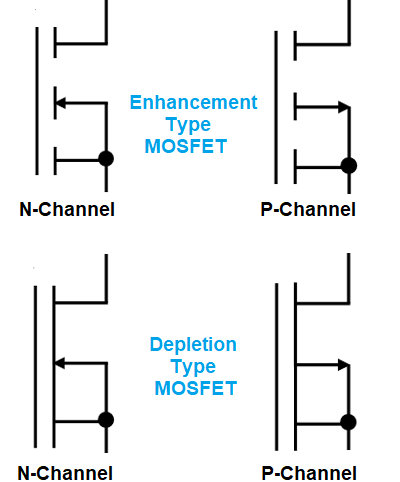 Logic gates are used to implement Boolean functions in a circuit. They are used to deliver single output by combining two or more inputs. There are four basic logic gates, namely, AND, OR, NOT, and XOR, when the output of these gates is negated or inverted, they will form the logic gates such as NAND, NOT, and XNOR.

For better understanding, consider the input/output high is 1, whereas low is 0 and use them in the formulas of the logic gates.

AND: The AND gate works on the logic Y=A.B, the output will be high if both the inputs are high.

OR: The OR gate works on the logic Y=A+B, The output will be high if any one of the inputs is high.

NOR: NOR gate is the combination of NOT and OR gate. The Output will be high if both the inputs are low, otherwise, the output will be low. 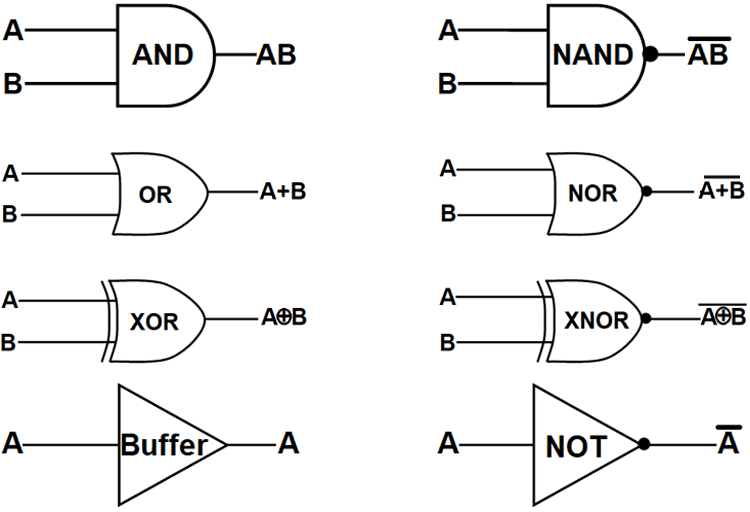 The Input/Output devices are the components that can be used to give input and get output from a circuit in the form of light, sound, and heat.

A Microphone (MIC) is a form of a transducer that is used to give input to the circuit in the form of sound, a microphone can convert sound energy into electrical energy. The symbol of the microphone is shown below. 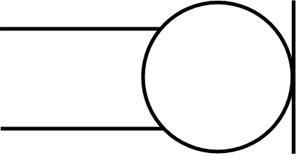 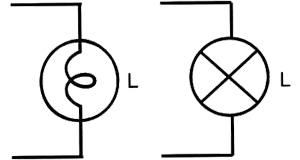 A Heater is a form of a transducer that converts electrical energy into heat energy and it is given by a rectangle with three lines inside.

The Loudspeaker is an output device that is used to convert electrical energy into sound energy. The symbol of the speaker will look like the image below. 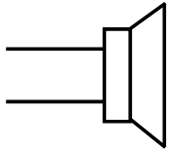 The Buzzer can be used as an alarming device in the electronic device and it will give a constant buzzing sound when it is electrified. The buzzer symbol is given by a semicircle with two terminals. 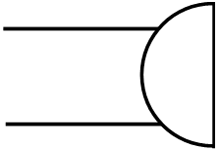 The bell and the buzzer have a similar function and almost a similar symbol, the symbol of a bell will be the inverted form of the buzzer. 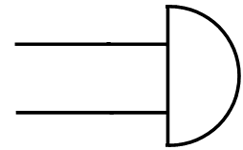 An Aerial is used to represent a transmitter or a receiver in an electronic circuit. The symbol of the aerial will look like the footprint of a bird.

No matter a circuit is simple or complex, we need to use some sort of protection device in the circuit to protect the equipment from short circuit, over current and over-voltage conditions. The following are the symbols of some common protection devices used in circuits.

A fuse is a simple protection device that is used in almost all the circuits. The fuse breaks the circuit when there is a high current flow in the circuit. The symbol of a fuse is given by a simple rectangle or a sinusoidal wave with two terminals. 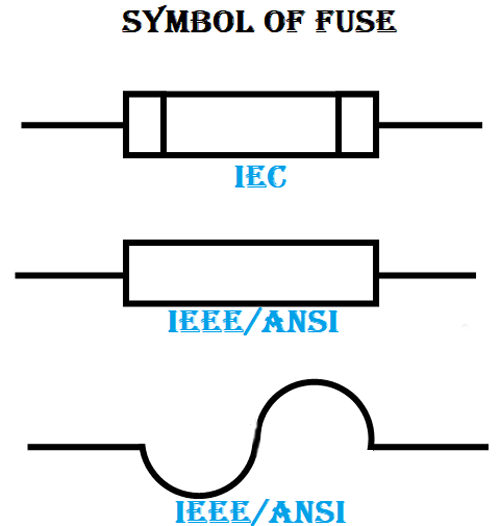 A relay can be used to close or open a circuit when a magnetic field is applied to the coil in the relay. Relays are mainly used to isolate one part of the circuit from another part. The Relay in a circuit is given by the following symbol. 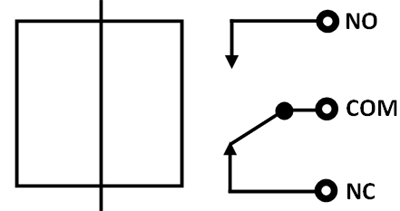 The most commonly used electromagnetic devices include a generator, motor, and transformer.

The Generator is an electromagnetic device that converts rotating motion into electrical energy. The symbol of the generator is given as a circle with the letter G in it.

A motor is an inverse of a generator, The motor converts the Electrical energy into rotating motion and the symbol of the motor is given as a circle with the letter M in it. 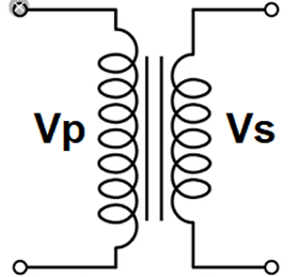 The Above article has given you the knowledge about the symbols of almost all the different electronic components used to build a proper circuit. Remembering these symbols will help you to read and understand an electronic circuit whenever you see one.