Exploring the Different Types of PCB Layers and its Purpose

A printed circuit board (PCB) is a thin board made of non-conductive material, such as fiberglass or plastic, with conductive pathways etched into it. These pathways, or traces, are used to connect different components, such as transistors and resistors, on a PCB.

In this article, we will explore the different types of PCB layers and their uses. 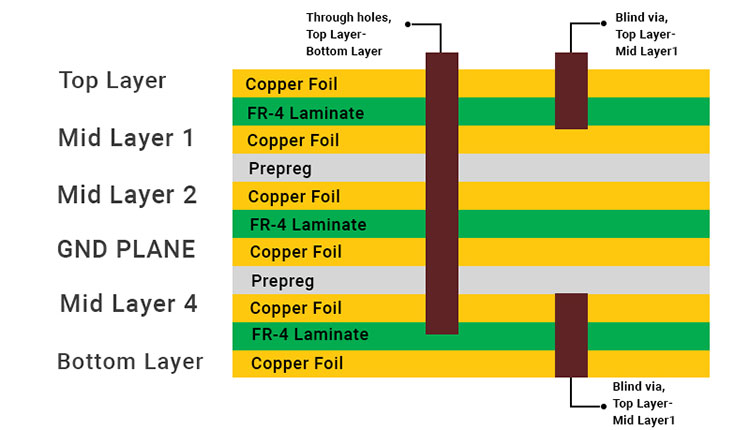 The copper layer is a thin layer of copper that is applied to the substrate layer on both sides of the PCB. It is the layer where the conductive traces, or pathways, are etched to connect the various components on the PCB. The copper layer is also used to connect through-hole components, such as capacitors and resistors, to the PCB by drilling holes through the substrate layer and filling them with copper.

Types of PCB based on Number of Layers

Single-layer PCBs are the most basic type of PCBs and are generally the cheapest to manufacture. As they only have one layer of conductive material, they are limited in the number and complexity of the connections they can make. Single-layer PCBs are most commonly used in simple circuits, such as those found in basic electronic devices like calculators and alarms. 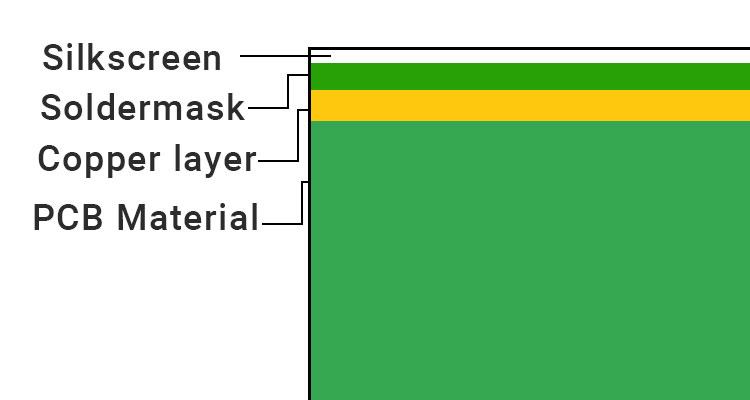 Double-layer PCBs have two layers of conductive material, separated by a non-conductive layer. This allows for more complex circuits and a greater number of connections. Double-layer PCBs are often used in more advanced electronic devices, such as computers and smartphones.

Multi-layer PCBs have three or more layers of conductive material, separated by non-conductive layers. These PCBs are the most complex and are often used in sophisticated electronic devices, such as servers and medical equipment.

One of the main advantages of multi-layer PCBs is their ability to fit more components and connections into a smaller space. This is because the additional layers allow for more routing options and the use of internal planes, which can be used to distribute power or ground signals.

Multi-layer PCBs also have improved performance compared to single- and double-layer PCBs due to their ability to reduce noise and crosstalk between traces. This is especially important in high-speed or high-frequency circuits.