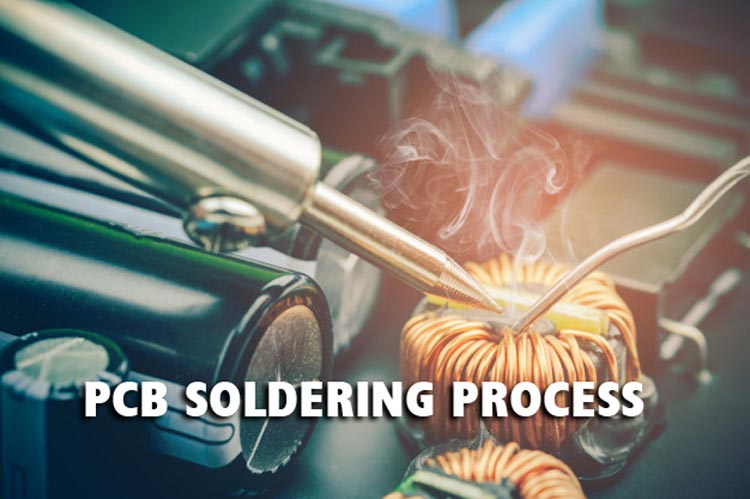 Soldering is one of the basic, yet most important skill that each and everyone who is dealing with electronic components should be aware of. In the world of technology, the ability to repair electronic devices is like a gift one should posses, for which, soldering is the fundamental skill. This article contains everything you need to know about soldering and the step by step procedure to perform soldering on a PCB board properly.

In the traditional method of soldering, the most commonly used type of metals are lead (Pb) and alloys of lead, this type of solders are called leaded solders. Lead is the most used type of metal because of its low melting point and its ability to create great solder joints. As lead is harmful to humans and leads to lead poisoning when exposed in a larger amount, some key individuals and countries decided that it is best not to use leaded solder anymore.

Lead-free solder is very similar to leaded solder, except the fact that it contains no lead, it is made of mostly tin and other trace metals such as silver and copper. 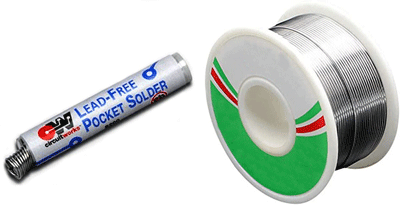 Which Solder to Use for the Job? 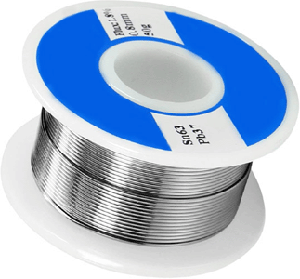 Apart from choosing between lead and lead-free solder, there are many other facts to be considered while choosing a solder.

The first step involved in the process of soldering is the preparation of your tools. First, You should keep a soldering iron and solder wire and a sponge to clean the tip of the soldering iron. Take a wet sponge and squeeze out the extra water from the sponge and keep it aside in a box for cleaning. Choose a sponge that can provide better friction to wipe off the debris that gets stuck during soldering. 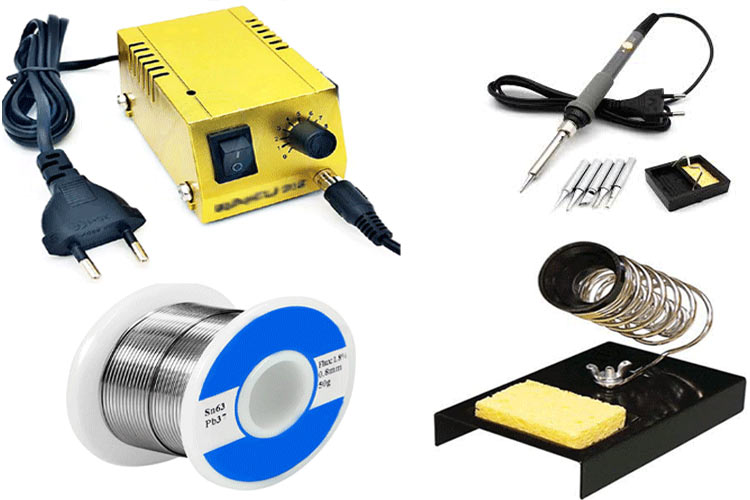 Not all the electronic components react the same way to heat, hence you should be aware of which component should be soldered first and which can be soldered last. You can begin by organizing all the components and labeling them, the organizing helps in making the process easier. Before starting the soldering process, make sure you have grounded yourself and also make sure to wear a grounded wrist strap for eliminating the static charge that could affect the components on the board.

Once you are done with the capacitors, you can start soldering diodes, LEDs, and then the Transistors. The transistors could be easily damaged by the excess heat so be more conscious while you are soldering the transistors. Next comes the wires, jumpers, and other components in the order of soldering. Finally, you can solder the ICs, you should know that some of the ICs will be available in the antistatic packaging due to static sensitivity, you should leave them in the package itself until they are needed.

How to solder a component on the PCB?

The PCB board comes with the pre-drawn marking (Silkscreen) of the components to be soldered on a particular location along with its polarity. When it comes to PCB board soldering, we need to use the Through-hole technique.

Step 1: At first, you should place the parts of the components in the hole as per the marking

Step 2:  Slightly bend the leads to fix it in the position. 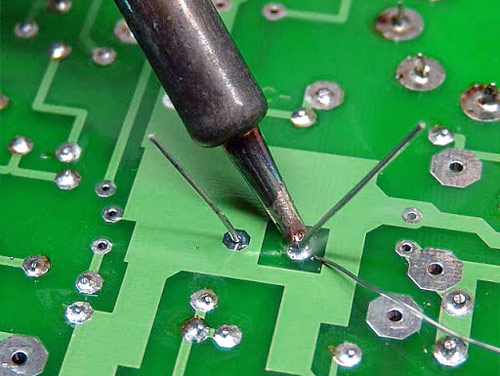 Step 3: Place the solder tip on the pad so that both the lead of the part and pad gets equally heated

Step 4: Heat them for a second or until the solder melts and gets applied to the parts of the component. 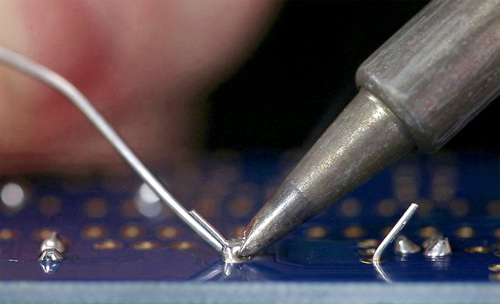 Step 5: Now, remove the iron and solder wire and check whether the solder joint is properly done.

Step 6: A Good solder joint will form a conical shape if the shape is formed properly, you can cut off the component lead. 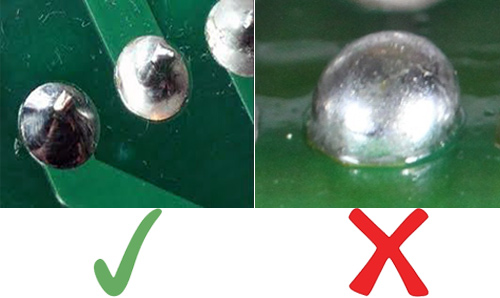 Note: If you need to add an IC to the board, always use an IC socket rather than directly soldering the IC because the IC might break due to the heat from the soldering iron.